4 Free Voice-to-Text Apps You Can Use to Convert

4 Free Voice-to-Text Apps You Can Use to Convert 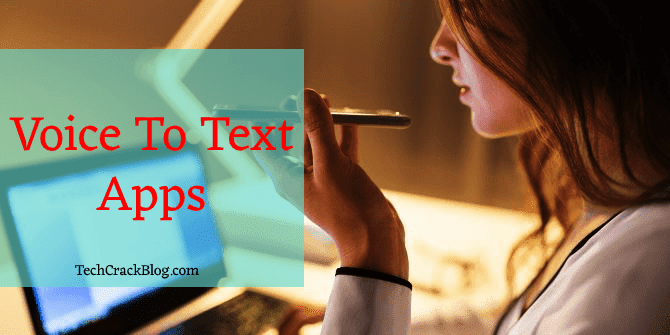 It is less common to use a mobile keyboard. Just take a look
around to check the rise of voice memos in front of text messages or new ways
to ask Google from these devices. Specifically, ComScore predicts that in 2020
half of the Internet searches will be done with the voice, something for which we
will have the help of personal assistants such as Siri, Sherpa, Google Now,
Amazon Echo, or Cortana.

Simply give orders with your voice to get what you want
instantly, without having to write that request. Now, at the moment, these
assistants may fall short if we need to dictate texts to be faster when writing
long emails, preparing speeches or presentations, or even automatically
transcribing voice messages (for example, recording a talk we want to have for
written). For these types of cases, there are free voice-to-text web applications based on
Google technology, which can be used without having to install them and also
fulfill their mission: to transform speech into text automatically.

Of course, it is convenient to review the final text to
polish it or correct possible errors, because although these voice dictation tools are
increasingly refined and also presented as “personal assistants,”
they are still machines after all. In addition, being based on Google, they
only work correctly if we use this company’s browser, that is, Chrome.

4 Best Voice to Text or Speech to Text Apps:

To use Google Docs for free, you only need to have a Google
account associated with an email address. Once we log in from Chrome, just open
a new document, and in the “Tools” menu, activate the
“Voicewriting” option. Immediately a microphone icon will appear on
which you have to click to start dictating.

One of the strengths of Google Docs is that, once the text
is transcribed, it is also possible to edit it without using the keyboard,
through numerous voice commands. Although at the moment, as the company itself
indicates, these voice-to-text functions are only available for the English language.

Created by Amit Agarwal, a columnist specializing in
technology, it is one of the best dictation tools that is gaining popularity in recent
months. You can open a new session in Dictation every time you want to use it
or add it as a Chrome extension to have it more at hand in case we need it when
we browse the Internet.

It allows you to save the result in a .txt file from which
we can then copy and paste the text wherever we want.

Like Dictation, Speechnotes can be added as a Chrome
extension, but it is also possible to download it as a voice to text app format for Android
devices.

It has a very clean and intuitive design with a central part
in which the text flanked by two columns that are of great help is transcribed.
On the right are described the commands and shortcuts that we can use to
facilitate Dictation, and in that of On the left we have all the actions we can
do with the final text: save it, send it by email, upload it to Google Drive or
print it, among others.

Very similar to the previous one, since they share
developers, Speechlogger Personal also has an app version for Android devices.
Its creators present it with two competitive advantages over similar tools:
automatic punctuation and the possibility of translating transcribed texts into
several languages. Thanks to this last function, Speechlogger Personal can be
used as an interpreter when we need to communicate with someone in a foreign
language.

Dictation tool that recognizes the voice and converts it
into text is one of the best voice to text software, useful
for transcribing any paragraph and obtaining the result without having to write
it manually. Speak and convert voice or audio instructions into digital text.

The tool on this page uses the Web Speech API, to recognize
the voice and convert it into text. Please take advantage of this feature
implemented in the Google Chrome browser, although only in its desktop
version.

The voice or other sounds captured by the microphone of the
computer or Laptop is sent to Google’s servers, and the result is shown almost
instantly on this page in text format in a simple editor.  To start, it is
only necessary to press the “Start dictation” button and authorize
the operation in the web browser.

The #1 NYC Moving App CityMove is an Amazing Lifehack