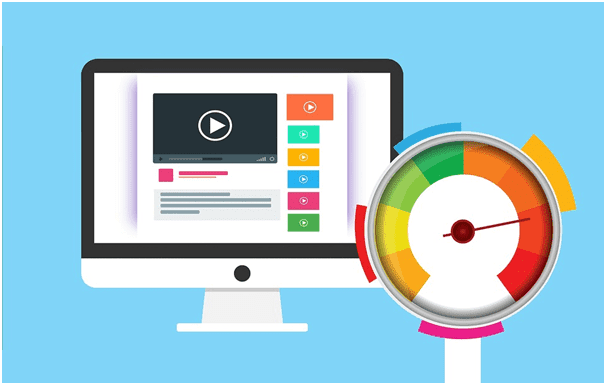 Most consumers have a suspicion that they aren’t getting the
speed they pay for from their internet service provider. Larger ISP’s
especially have had information come to light in the past about their
throttling of user connections. The Verge notes that in 2014, five US
providers and one European provider were discovered deliberately throttling
their user connections.

For a user, this could mean that the money that you’re spending
on your link isn’t giving you the kind of speed you’re paying for. It’s a
ripoff. Users need to be aware of the services they pay for and demand better
from their ISPs. In the end, the only person losing out would be the end-user.
To this end, users need to be aware of how to test their internet connections.

Depending on what sort of app a user relies on to provide
results, a speed test can work in several different ways. The most common methods
start with discovering the location of the user’s machine and then connecting
to the closest server. The closer proximity allows the testing application to
lower the latency between the server and the user. Once the location is
determined, the app starts testing the user’s download speed by sending a
series of data over the connection and seeing how fast it takes for the file to
complete. It then does the same with the user’s upload speed and then provides
a score based on the results of the operation.

To determine whether your internet service provider is
throttling your speed, you may need to undergo a speed test. It’s not a
complicated system to navigate, and most speed testing purposes do most of the
work for the user in the background. Many of them can execute in the
convenience of a browser, but there are desktop-only and phone-only
applications that can do the same.

Here are some of the best speed testing
tools that are currently available to users on the web today:

1. SpeedSpot: Mobile users have a lot to gain from using speed check while on the go. Developed by Speed Spot, the application allows for testing of both LTE speeds and Wi-Fi speeds. It also enables users to do regular spot checks to verify the stability of their connection. Additionally, the application keeps track of previous tests run to allow users to benchmark their speeds.
2. SpeedOf.me:
Utilizing 88 servers located around the world, SpeedOf attempts to determine the
user’s location and then connect them to the closest server. The test uses
HTML5 in its interface and is a smooth experience for both desktop and mobile
users. An additional feature for consistent users is that the latest speed test
graph obtained from the site can be compared to previous tests to determine if
their current connection quality is as good as in the past.
3. SpeedSmart: Another HTML5 browser-based test program, speed smart
offers in-depth information about a user’s machine, including its ping
throughout the test and the final speed for uploads and downloads. The ping
information is especially useful if the user may need to diagnose a connection
problem with dropped packets. Speed Smart also offers desktop users an
application that can track the history of their connection speed, but unless
the user is looking for the optimal connection speed and ping for their gaming,
the app is too much hassle.
4. TestMy.net: While it might be fun to look at tons of information
regarding your internet connection, for the average user, most of this is just
background noise. TestMy.net offers a wide range of comparison with other ISP’s
and speed testers, even running comparisons with other testers live. It also
splits its upload and download test into separate, distinct applications,
allowing users to isolate problems with one or the other. However, unlike other
tests mentioned so far, this one has the caveat of needing the user to download
an app to their machine. The application only works on desktops, and mobile
users can’t benefit from the in-depth insight TestMy.net provides.
5. Ookla’s Speedtest: One of the longest operating and most reliable
speed tests on the net, Ookla’s speed test offers a lot of insight for a simple
connection test. It has access to over 1000 servers located around the world to
provide best results, and users can change the preferred server at will,
allowing them to test on an external server if their ISP owns the preferred
one. Ookla also collects information about the average speed for a particular
region and users are invited to fill out a survey at the end of the test,
giving details about how much they pay for broadband and other information that
may help other users decide with regards to internet costs.
6. Speedcheck.org: It is a browser-based speed test website that can be one of the best options for users that can’t install specific software on their devices. Speedcheck.org offers users a browser-based test that is reliable for desktop use and it can also give realistic results for mobile users. The analysis also provides users with their IP addresses and internet provider names.
7. Fast: Fast is a simple site. Developed by
Netflix to test the stability of a user’s connection, it runs an automatic
speed test and delivers results to the user. No ping information, IP
information, or any other information at all. It’s as barebones as it gets, but
sometimes a number is all a user needs.

Know What You’re Paying For

Whether it’s a mobile connection or a desktop connection, the
onus is on the user to be aware of the service they’re paying for. Speed tests
offer the consumer a redress to test their ISP and confirm that they are indeed
getting what they shell out their money for. A single speed test isn’t usually
enough to establish a problem, and it is recommended that a user employ two or
more sites to verify the results.

Razer’s Newest Gamer Gadget Is Like A Supercharged Stream Deck

Anycubic Kobra Plus Review: A Great Next Step In 3D Printing