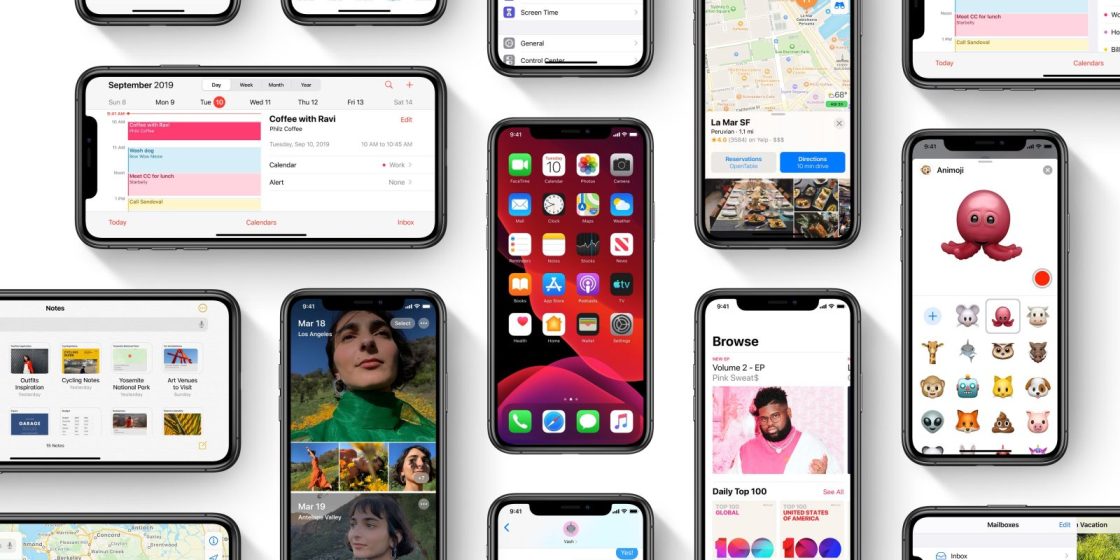 During
the 2020 Worldwide Developers Conference, WWDC, Apple shared the details about
their next major update iOS 14 that is going to be released later in the
year.
“iOS
14 transforms the most iconic elements of the iPhone experience, starting with
the biggest update we’ve ever made to the Home Screen.” “With
beautifully redesigned widgets on the Home Screen, the App Library that
automatically organizes all of your apps, and App Clips that are fast and easy
to discover, iPhone becomes even more powerful and easier to use.” – Craig
Federighi, Apple’s senior vice president of Software Engineering.
iOS
14 has introduced a few updates and changes to improve user experience, along
with some completely new customization options that are going to change the way
people interact with apps.
The
upcoming iOS version is going to change a lot of things for iPhone app
developers, app entrepreneurs, and iOS app development companies.
Let’s
find out more about this update and what it means for iOS users.

What Is New In iOS 14 –
The Next Major Update By Apple:

One
of the significant updates with iOS 14 is the beautifully redesigned widgets on
the Home Screen pages and the App Library. The new widgets provide a more
personalized experience for the users as they can get timely information and
pin what they need on any Home Screen page in different sizes. It means you can
create a smart stack of widgets that surface at the right time with on-device
intelligence based on time, activity, and location.
Besides,
these widgets are also categorized for sports, work, travel, entertainment, and
so on. The Home Screen also offers the new App Library that automatically
organizes users’ apps with an easy-to-navigate interface. Users’ can also
customize the number of Home Screen pages for quick access to the App
Library.
Here
are some more updates that accompany the iOS 14 version.
•        Apple has taken a new, compact design
for incoming phone and FaceTime calls, as well as Siri interactions, which
allow users to continue engaging with what they were doing. The update also
makes it possible for iPhone users to watch a video or have a FaceTime call
while they are using another app, with Picture-in-Picture support.
•        The App Clip feature provides a selected
app experience that is designed to make apps be accessed in the moment of need
without the actual need to download them. Users can load App Clips within
seconds and complete any particular task, such as filling the parking meter,
buying something from a cafe, or renting a car. They are easy to find, and you
can access them by scanning a new Apple App Clip code or using QR codes and NFC
tags.
•        Messaging is the primary medium for most
of us to communicate with friends and family. With iOS 14, Apple makes it
easier for users to stay connected and easily access important messages. The
update allows users to pin specific conversations on the top of their messages
list, helping them to keep up with more active group threads. And you can also
customize your conversation by setting a group display with an image or
emoji.
•        As most of the users associate high
security and privacy with Apple products, the iOS 14 update also enhances on
the privacy and transparency features. According to the update, all apps will
be required to get users’ permission before tracking, with more details on
developers’ self-reported privacy practices to be shared.

How The Update Of iOS 14
will transform the Way Users Interact with Apps?

It
is possible for some users to not notice the change at first. If you have been
using a smartphone for some time now, your device is likely to be cluttered
with many apps, some of which you frequently use, rarely use, or others that
are no longer useful to you.
Moreover,
maybe your home screen is organized, but the majority of people’s devices are
not, which means there are many apps located on their phones in an entirely
cluttered manner.
If
you also happen to be one of those people, the iOS 14 update is ultimately
going to change how you interact with apps. Firstly, the App Library customizes
your app experience by showing you apps in a more categorized manner than ever
before.
Besides,
fighting app fatigue has been a challenge that app users have been facing for a
long time. These changes Apple is bringing with iOS 14 are going to be
significant when it comes to changing the present app paradigm. A lot of people
don’t want to download another new app, create a new account, or get another
icon in the clutter.
But,
with a more categorized display of apps and with App Library downloading apps
will get less intimidating. Besides, if you bring in the Sign in with Apple
feature, the journey from no new apps to interacting with content wouldn’t be
so unpleasant.
Another
update in iOS 14 that is going to change how users interact with apps is App
Clips. An App Clip is a small section of your app that is discoverable at the
exact moment when it is needed. The more instant access and experience is going
to change how people use apps. There are various ways to use these mini-apps.
So, whether you are getting take-out from a restaurant or renting a scooter,
with just a scan of code or a tap, you can get an app-like experience. If you
like, you can always download the complete app later.
However,
this will take the focus away from utility apps that you don’t use very often.
It means even when it is relatively easy to experience and download apps, it is
going to take some effort from developers to get users back to their app.

With
iOS 14, the next major update, Apple has made a ton of improvements across the
board, without any major redesigns, the tech giant has made several adjustments
into users’ experience and how they interact with their device and apps in
general. In particular, the changes in the home screen and the App Clips are
likely to have some substantial implications for developers, development
companies, and of course, the users. Whereas, for app entrepreneurs, it is time
to reconsider their app experience along with their iOS app development company based on the change in how
users discover and install apps after iOS 14.
Share30Tweet19Pin7ShareShareSend

12 Celebrity Cars That Were Auctioned Off For A Ridiculous Amount