The official Amazon Prime Day shopping event has come and gone, but Amazon is preparing for another major shopping event. The company has announced the new Prime Early Access Sale, which it says is a chance for Prime members to get deals that would otherwise only be available during the holiday season. In other words, we could get deals that rival those that we’ll see on Black Friday.

We’ve split up this guide into different categories, so if you don’t see something for you right away, keep on scrolling.

Light strips can give your home a modern, interesting look. Most of them allow you to select the color you want, and are perfect for placement behind furniture, under cabinets, and more. The TP-Link Kasa Smart LED Strip is an excellent option, with its support for Alexa and Google Assistant.

Want to improve your home’s security? Whether you want a smart lock or a smart security camera, there are likely to be some incredible smart security deals for Prime Early Access. These deals include Amazon’s own devices, and third-party options. If you want more Prime Day Amazon device deals, check out our roundup. And, in the meantime, check out these security deals that are available right now.

Arlo has been making some of the better security cameras for some time now. The Essential Spotlight Cam isn’t its fanciest camera out there, but it is great value for money. Note, you’ll need an Arlo Smart Hub to use this camera. 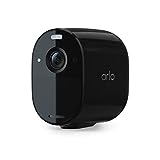 The August Wi-Fi Smart Lock allows you to retrofit your existing lock with smart features. It does take a little DIY, but once it’s installed, you can control your lock with Alexa, Google Assistant, and even HomeKit. 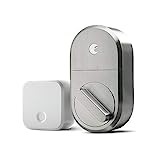 Looking for more? Check out our other favorite smart home security deals below.

We’re likely to see plenty of other Prime Early Access smart home deals too. Check out some of our favorites below.

Who has time to clean anymore? The iRobot Roomba 692 is one of the better-quality robotic vacuums out there. It works with Alexa and Google Assistant, and works on both hard floors and carpet — so you don’t have to worry about cleaning your home yourself. 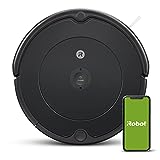 The Amazon Echo is Amazon’s best smart speaker, with relatively full sound and a ton of great smart features. It’s also a great way to control all the rest of your Alexa-enabled smart devices. 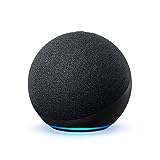 A smart speaker can help you control your smart home devices using your voice, plus it allows you to listen to music and find out information from the web. The Amazon Echo Dot is a perfect way to control the rest of your Alexa-enabled devices, and it’s relatively inexpensive.

Amazon Prime Day 2022 took place on July 12 and 13. That said, Amazon is holding another huge shopping event — called Prime Early Access. This event will take place on October 11 and 12.

Amazon Prime Day is Amazon’s massive annual shopping event. This year, the event spans two days, and it brings with it some of the best deals of the year. Those deals include Amazon’s own products, but also include third-party products.

This is the first time we’re seeing the Amazon Prime Early Access Sale, so exactly what it is remains to be seen. Amazon, however, says that it will allow customers to get holiday season-equivalent deals — so we could end up seeing deals that rival those on Prime Day or Black Friday.

Do I need Amazon Prime for Prime Day or Prime Early Access?

Yes, you need Amazon Prime to take advantage of Prime Day and Prime Early Access deals. If you don’t have Amazon Prime, you can get a 30-day trial and get the deals that way. Alternatively, you can simply sign up for a subscription. Some will get discounts for Prime too — for example, students can get Prime for 50% off. There are other great deals for Prime members too — for example, Prime members can currently get channels like Starz and Showtime for $0.99 for two months.

How do I prepare for Prime Day and Prime Early Access?

If you want to prepare for Prime Day or Amazon Prime Early Access, it’s probably a good idea to make sure that you have an Amazon Prime subscription. That way, you’ll be able to take advantage of the deals when they’re available. It’s also a good idea to think about the deals that you want, and even bookmark some of our deals roundups. Here’s a list of some of our Prime Day deals roundups:

Are Prime Day or Prime Early Access worth it?

They’re is definitely worth it! That’s especially true if you’re already in the market for a particular product, but even if you’re not, it’s a good idea to check out the deals that show up on Prime Day.

If you purchase an independently reviewed product or service through a link on our website, we may receive an affiliate commission. Learn more. Yes, Cyber Monday is obviously...

If you purchase an independently reviewed product or service through a link on our website, we may receive an affiliate commission. Learn more. Cyber Monday is here, which...

If you purchase an independently reviewed product or service through a link on our website, we may receive an affiliate commission. Learn more. The most popular wearables during...

If you purchase an independently reviewed product or service through a link on our website, we may receive an affiliate commission. Learn more. Cyber Monday 2022 has finally...

If you purchase an independently reviewed product or service through a link on our website, we may receive an affiliate commission. Learn more. Cyber Monday isn’t just about...

The Story And Evolution Of The Iconic Firefox Logo

Dow, S&P 500 and Nasdaq rallied on Tuesday despite uncertainty around rate hikes