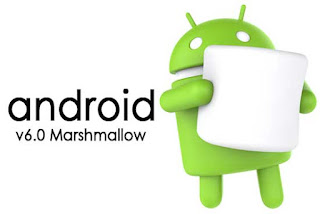 Now the latest release of Google’s Android OS is the Android 6.0 Marshmallow. After the lollipop, Marshmallow is going to make Android able to do a lot more
for you. The newly launched Google’s Nexus Smartphones are the first devices which comes with this fresh Android Marshmallow and more devices are going to taste it soon. Here we are sharing some Key Features of Android 6.0 Marshmallow:
The App Permissions got a major overhaul and Google will
allow users to decide which permissions they want to allow or revoke, based on
when those particular functions are used. Unlike the current implementation,
Android Marshmallow users will get notifications asking for permissions only
when they are using a particular function in an app.

Developers will now be able to ask for permissions on a
case-by-case basis. That means when you go to open up the camera in Instagram,
for instance, Instagram could deliver a pop-up asking if you want to let it
access your camera. That way you know exactly when an app is using a feature
and why it’s using it. It also means you can download and install an app, use
most of it, but prevent it from doing one or two things that you disapprove of.

This is the standout feature for Android 6.0
Marshmallow. The new Google Now on Tap is a predictive assistant which will
take on Google Now. This feature will allow users to get useful information on
anything currently running on the phone.

One will have to press and hold the home button while inside
of any app, and Google Now will read the screen, look for anything interesting
and then return the information via a popup box on the bottom screen. This feature may turn out to be a hit with users, as it
turns out to be an incredible and convenient feature. This feature will be
incorporated in future Android versions as well.

Android M will standardize the fingerprint sensor support
and it is working with various phones to make a standard API to go with their
sensors. You can use your fingerprint to authorize an Android Pay transaction,
unlock your device or make Play Store purchases.
Better web experience with Chrome Custom tabs:
The web browsing experience with the Chrome browser also
gets a shot in the arm. Chrome Custom tabs, a new feature, that will let you
include web-views within a particular app, without the need to switch to the
Chrome browser on your phone. The Chrome browser will run atop your app (in
case you click on any link within the app).

Features such as automatic sign-in, saved passwords,
autofill will work on the apps seamlessly. Also the Chrome Custom tab will take
up the colours and fonts of the app it is being opened within, to make it seem
like a seamless experience.

This feature will let you make your payments using
near-field communication (NFC) and host card emulation techniques for
tap-to-pay services. You just need to unlock your phone, keep it near an NFC
terminal and your payment is done, without opening any app. As of this month,
Android Pay has been rolled out in more than 1 million locations in the United
States

According to Google, Android Pay will be pre-installed on
AT&T, Verizon and T-Mobile devices and will be accepted in around 700,000
stores in the US which accept contact-less payment. Android Pay will replace
the Google Wallet app and will be used to make in-app payments provided
developers integrate Pay into their apps.

In an attempt to boost your smartphone battery, Android
Marshmallow will feature a smart power-managing feature called Doze. This
feature works by letting system optimally manage the background processes. The
new OS keeps a tab on the motion detection sensor and if there is no activity
for a long time, the system shuts down some processes.
Android Marshmallow will also support USB Type-C for
charging. Considering USB Type-C is has a bi-directional port, you can use this
port to either charge the phone as well as charge another device. With USB
Type-C, devices can be charged faster and this makes it a more versatile
charging technique. 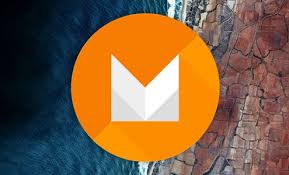 1. Apart from these main features, some of the other
improvements include a better implementation of Copy/Paste function. So in
Android  Marshmallow, you will get a
floating toolbar just above your selection with the Cut, Copy, Paste options.
Direct Share feature will let you share images or links with your most
frequently shared contacts or apps, using a single click.

2. In addition, the new Marshmallow will offer a new app drawer which will now scroll vertically instead of horizontally. Top of the menu will also offer the four most recently used apps.

3. Volume controls will also give you a drop-down menu, a feature that is common in the Cyanogen OS.

4. Google also introduced a new RAM Manager which will aim
at providing users with a more concrete information regarding the RAM usage of
apps. This feature will offer more deeper insights on app demands along with an
overall explanation of what effect they have on the device.

What’s The Difference Between ANC Headphones And Noise Canceling Headphones?

Amazon Kindles finally support the ebooks everyone else sells, sort of