by Shirley C. Stewart
in Film
0

Lego has debuted a new Back to the Future DeLorean set, recreating the time-traveling car from the film series with its most accurate brick model yet — one that, unlike the original 2013 version, actually looks like the iconic vehicle.

The $169 set has 1,856 pieces (compared to the 401 pieces in the original model) and is considerably bigger and more detailed in virtually every way. There’s functional gull-wing doors, a far less blocky hood, a brand-new windshield piece that Lego created specifically for the new set to match the real car, and a light-up flux capacitor (especially notable given the rarity of light-up pieces on Lego’s modern sets).

The new DeLorean set can be built in three different configurations: the “original” version of the time machine from the first Back to the Future movie (complete with a lightning rod to recreate the movie’s finale); a hovering version with a Mr. Fusion reactor from the futuristic 2015 timeline in the second movie; and the steampunk 1885 version from the third film.

The set obviously only includes enough pieces to build one DeLorean model at a time, of course, so if you’d like to put all three variations on display, you’ll need to buy multiple copies (or take apart and rebuild your set a few times). 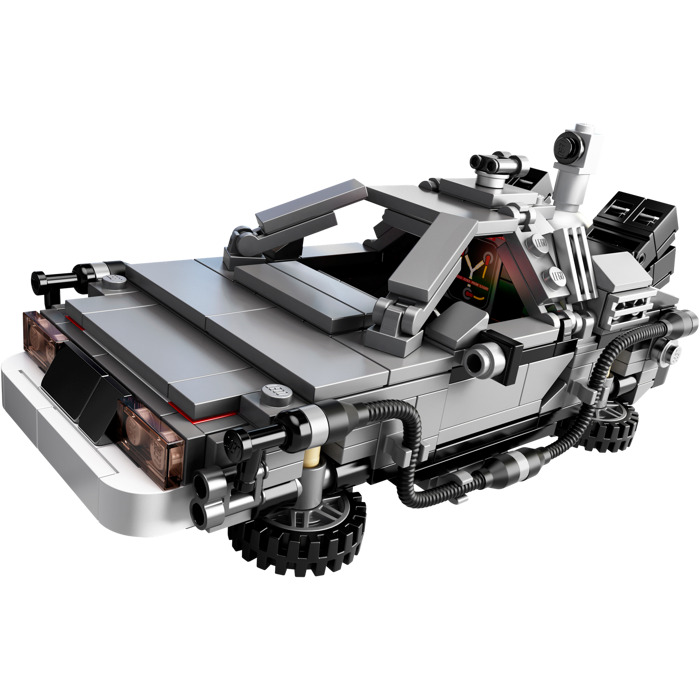 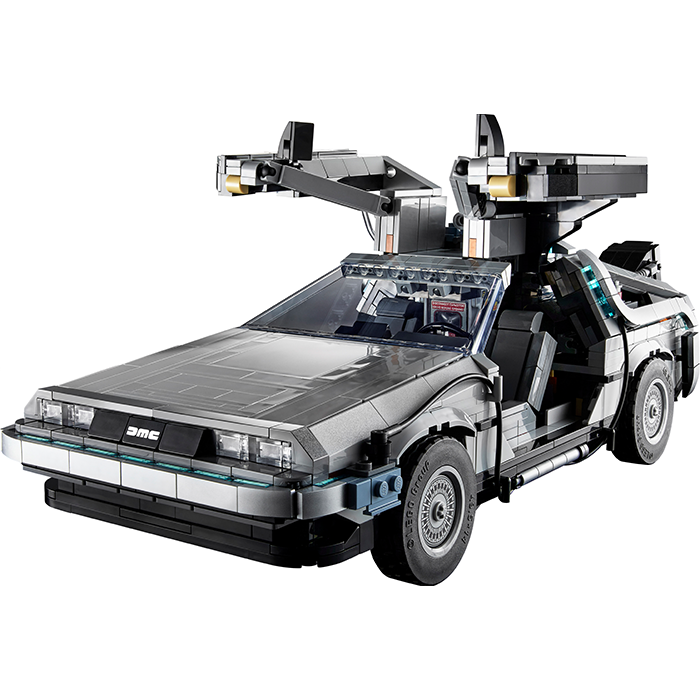 There’s also some fun accessories: a to-scale hoverboard and box of stolen plutonium, swappable license plates for the different eras of the car, and a banana to throw in the Mr. Fusion (just like in the film). And while the car is much bigger than minifigure scale, the set does include Marty McFly and Doc Brown minifigures, too.

The original Lego DeLorean set was released back in 2013 for a far more affordable $34.99 price tag. The set holds a special place in Lego history, too: it was one of the first fan-designed projects from the Lego Ideas (then called Lego Cuusoo) that was produced by the company.

The new Lego Back to the Future DeLorean set will be available from Lego’s website and other retailers starting on April 1st.

By the time Marvel eventually got around to using Spider-Man: No Way Home’s trio of Spider-Men to recreate the pointing Spider-Man meme, the Spider-Man fandom had already taken...

Perhaps the weirdest thing about Everything Everywhere All At Once, a film in which a notable plot point involves riffing on 2001: A Space Odyssey to explain an...

In the days since The Walt Disney Company first came under fire for giving money to the politicians behind Florida’s “Don’t Say Gay” bill, CEO Bob Chapek has...

David Mamet is known for plays like Glengarry Glen Ross and Speed-the-Plow, films like The Spanish Prisoner and Heist, books like On Directing Film and The Wicked Son,...

The Unbearable Weight of Massive Talent may achieve the highest concentration of Nicolas Cage possible in a piece of media without advanced scientific instruments. It’s a movie about...