74
SHARES
1.2k
VIEWS
Share on FacebookShare on TwitterShare on PinterestShare on RedditShare on TumblrShare on WhatsApp
Have you ever wondered How to Run Android Apps On Windows? If Yes, then this Article is for you as in this Article, I’m going to Share Top 3 Android Emulators For Windows.
Using Android Emulators, you can easily Run Android Apps & Games on your Windows PC. You can Play Games at High FPS. 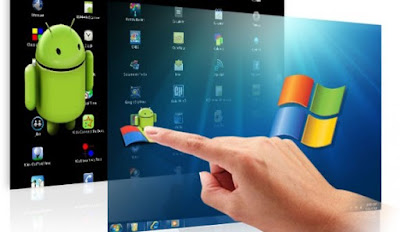 Here are the Top 3 Android Emulators For Windows PC –

Bluestacks, one of the oldest, trusted and most popular Android Emulators For Windows. With this Emulator, you can easily run most of the Apps on your Windows PC.
You can do Multitasking, launch Multiple Games at a time, Install Tons Of Apps and do much more using this Android Emulator.
Bluestack is one of the favorite Android Emulator as it gives update time to time. Though it is somewhat laggy, you will have a great experience using it.

Andy, another Emulator which is one of the Best Android Emulator using which you can run most of the Apps & Games on your Windows PC.
This Emulator is based on VirtualBox due to which it doesn’t require any dedicated graphic to run smoothly. It works much better even on Intel HD Graphics.
The Emulator is much better than any other Android Emulators as you can Customize everything you want. Moreover, you can Run Tons of Apps & Games that too without lag.

15 Celebrities With The Most Expensive Car Collections