No Result
View All Result
Home Creators Cameras and Photography

Under-display cameras are slowly getting better

by Shirley C. Stewart
in Cameras and Photography
0

How to take better night photos with the Pixel 6 Pro, iPhone 13 Pro, or digital camera

As is often the case with new technology, under-display cameras didn’t make a great first impression. It’s a nice idea in theory, of course — you don’t need a notch or a hole-punch if you can put a selfie camera under the display — but the earliest efforts had some issues.

ZTE’s Axon 20 last year was the first phone to ship with one, and it was bad. The camera quality was incredibly poor, and the area of the screen looked more distracting than a notch. Samsung followed up this year with the Galaxy Z Fold 3, which had similar issues.

But things are actually getting better. Two newer phones on the market, Xiaomi’s Mix 4 and ZTE’s Axon 30, use a different approach to the technology, and it’s an improvement on the previous generation. Instead of having a lower resolution area of the screen that allows light through to the camera, they shrink the size of the pixels without reducing the number.

This means that the part of the screen that covers the camera is really difficult to see in normal use. Look at how the Axon 30 compares to the Axon 20 on a white background, which was the most challenging situation for the older phone to disguise the camera in. It’s also much harder to make out than the camera on Samsung’s Galaxy Z Fold 3: 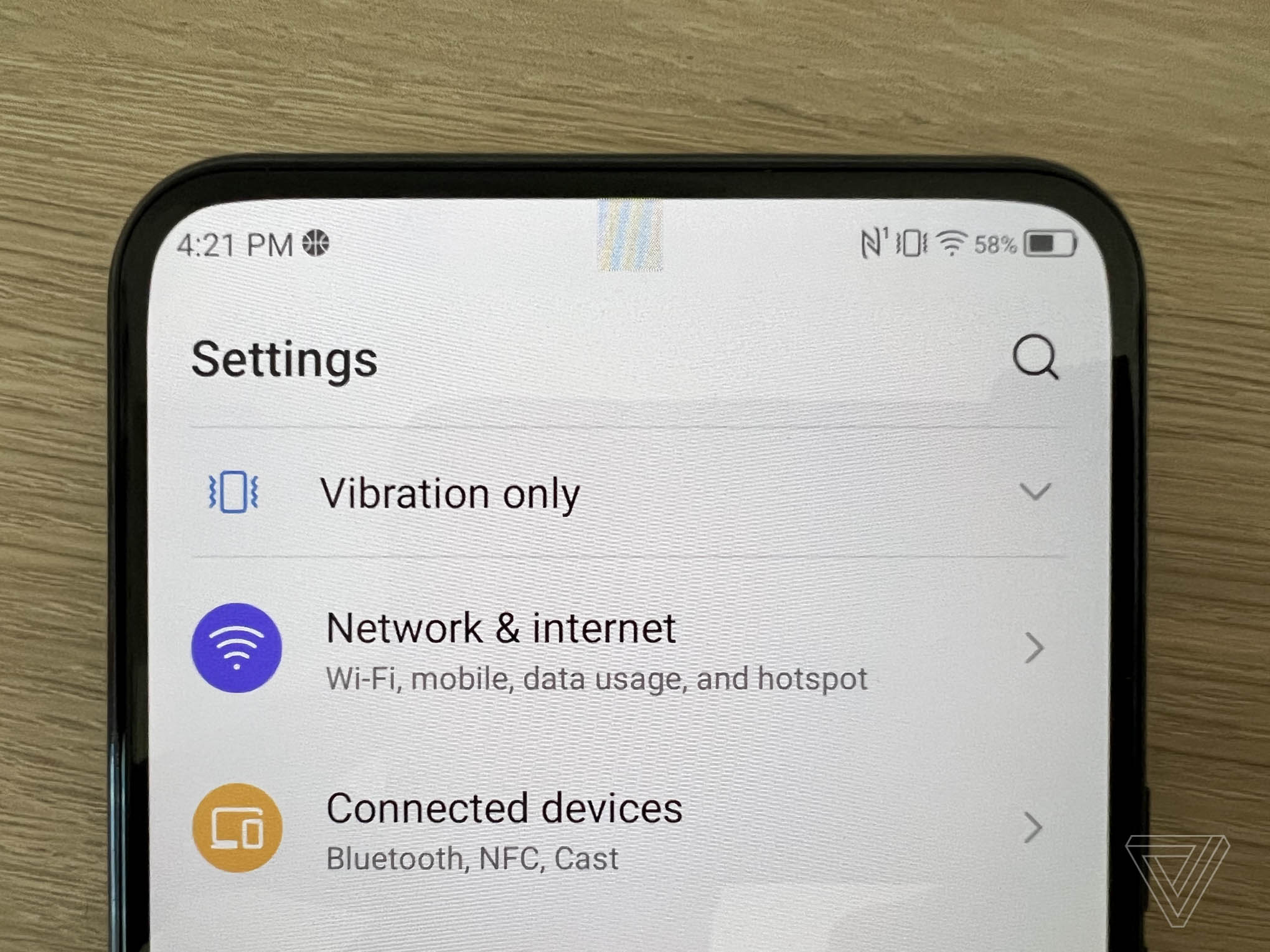 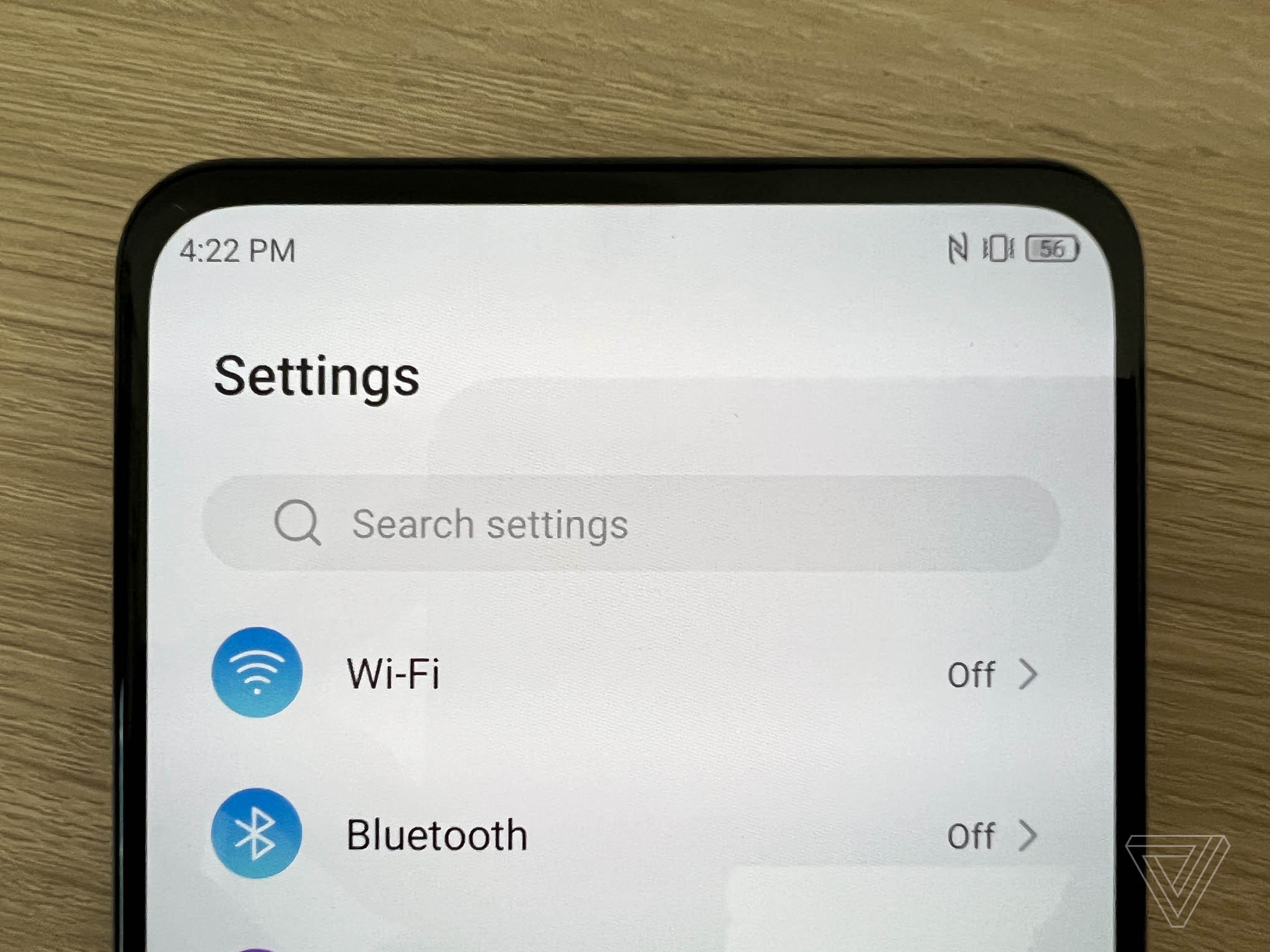 ZTE’s Axon 20 on the left, and the newer Axon 30 on the right. The area of the screen that covers the selfie camera is much less noticeable on the Axon 30.

Image quality from the camera is improved, too. Look at these selfies:

Now, the camera is clearly still compromised compared to one that doesn’t have to gather light from behind a screen. ZTE and Xiaomi lean hard on algorithms for post-processing — you can tell because the live image preview looks much worse than the final picture. The results still look over-processed and unnatural, even if they’re more usable than their predecessors’. Video quality is also bad, because it’s probably too much to ask for these phones to do the processing in real time.

Still, the pictures you get are definitely usable most of the time. If you’re not a big selfie person, or if you don’t use your phone for Zoom calls, I think you could get away with it. If those use cases are important to you, though, you should probably stick with a hole punch or a notch. Especially if you just don’t care about hole punches or notches, as I believe is the case for most people.

There’s more to the idea than just reducing the size of your phone bezels, though. We spoke to Steven Bathiche from Microsoft’s Applied Sciences group on how the company is working on under-display cameras for an entirely different reason — so you can maintain eye contact while looking at your screen on video calls.

For that conversation, as well as more on how ZTE and Xiaomi’s phones work in practice, check out the video up top.

Would you consider buying a $299.99 webcam? That’s the cost of Opal’s C1, which is now available to purchase on an invite-only basis. My guess is that many...

When the iPhone 13 Pro launched earlier this fall, we said it had the “best camera” in a smartphone. The larger sensor behind the main wide-angle lens coupled...

How to take better night photos with the Pixel 6 Pro, iPhone 13 Pro, or digital camera

I always thought that taking a photo of the night sky meant mounting expensive cameras onto heavy telescopes and having extensive knowledge of the stars. But for the...

When I think of wildlife photography, I think of powerful animals photographed using long lenses in epic environments. That was until I met ex-ventriloquist-turned-wildlife-conservation-photographer Carla Rhodes. She has...

It’s nearly the end of January, which means the holidays are sadly a month behind us. If you’re understandably already starting to crave another break, channel your wanderlust...