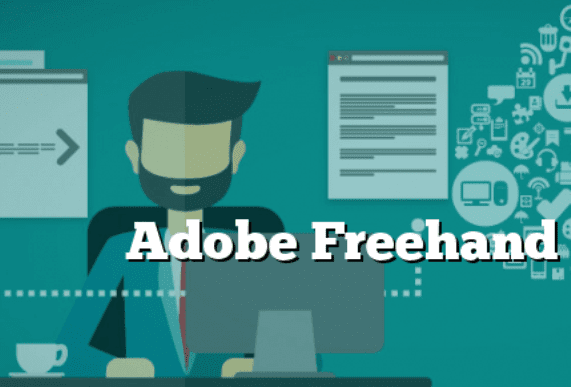 Adobe FreeHand
is a computer-based application that allows creating
two-dimensional images for illustration and web content. The application is
similar to Adobe Illustrator, Corel Draw and other designing apps. The software
helps in the creation of illustrations for creative design and layout of print
with an unmatched set of creative design tools.
FreeHand was originally created by Altsys Corporation in the
year 1988 and was named as Aldus Freehand which then merged with Adobe systems
in 1994. Later due to market competition and Adobe releasing Adobe
Illustrations, the Federal trade commission assigned Freehand to Macromedia
naming it Macromedia Freehand, Adobe purchased Macromedia in 2005, and Freehand
again came under Adobe’s subsidiary.
With FreeHand get creative and realize your vision with an
unparalleled set of designing tools and layouts. Design for Macromedia flashes,
internet or print, seamlessly move through designing concepts within multiple
mediums efficiently and quickly.

Why Use Adobe FreeHand?

Adobe FreeHand is easy to use and has a basic
interface that allows effortless working scenarios. With Adobe FreeHand design
and print flash projects. It enhances productivity and eliminates the
requirement of shifting between tiles and panels by freely organizing the tools
panel, which gives a streamlined workflow.
Also easily organize and check contents with connector tool
and get maximum editability.

Get a powerful set of image editing vector tools for easy
designing and printing. Map numerous complex images and appearances on a single
vector object. Easily generate high-quality graphical components and transform
effects without affecting the editability of the original shape. 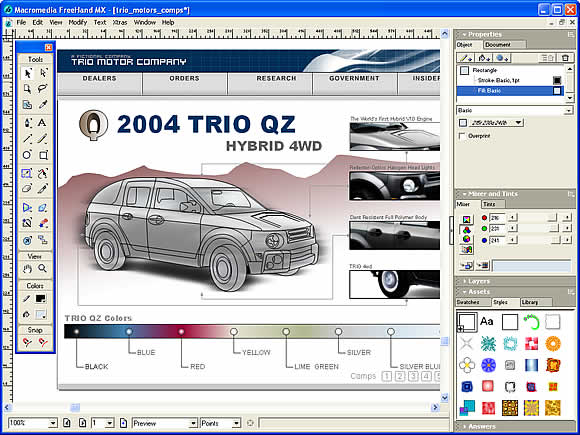 Define objects as symbols and streamline them across your
document without repeatedly making new designs. These symbols later can be
stored in the library panel and can be shared with multiple documents.

The working panels which are frequently used can be docked
outside the working area, making it easier for the workflow. The panels can be
customized as per requirements, and this makes the workspace far more
efficient.

Create your own 3D appearances by using the extrude tool
and keep the original image in shape. Control attributes of the created image
with ease. Use vanishing points for adding depth and realism to your created
content.

Modify created content with ease by erasing pixels with the
eraser tool.

Reshape and pull any point with the freeform tool and learn
about bezier controls.

Define an unlimited number of master pages and revise
edited elements across the project. Store layouts in symbol libraries and
easily share within multiple documents.

The application runs on WindowsXP or higher versions and is
fully optimized to run in MAC OS.

Apply unlimited fills, effects and strokes in a single
image or text.

Place complex flash actions in between pages, objects and
symbols.

Easily reshape and bend objects maintaining the structure
of the original shapes.

With enhanced firework integration, optimize your graphic
development. Edit and launch bitmap images and make changes in Firework and
integrate back again to FreeHand.

70mb internal hard disk space
Adobe FreeHand was discontinued in 2004, and there has been
no firmware update since and has been replaced by Adobe Illustrator. Some
professionals still use the software to this date, as it helps create and edit
vector images for graphics printing.
Adobe FreeHand gives the user a generalized surrounding of
graphic environment for dedicated designing of artworks and storyboards. Adobe
FreeHand enables to create and conceptualize designing ideas into projects
easily and helps generate a rich visual or graphic.
It is used effectively by designers to control newer vector
design programs such as Gravit designer and Affinity designer. Use the latest
version that is named Adobe FreeHand MX 11.0.2
Adobe FreeHand is available in English, Spanish, Swedish,
Chinese, Japanese, Italian, French and German languages.
Share30Tweet19Pin7ShareShareSend

What Ever Happened To The Mercedes 220SE From The Hangover?

As our populations age, this startup is turning live-in care into a gig-economy platform